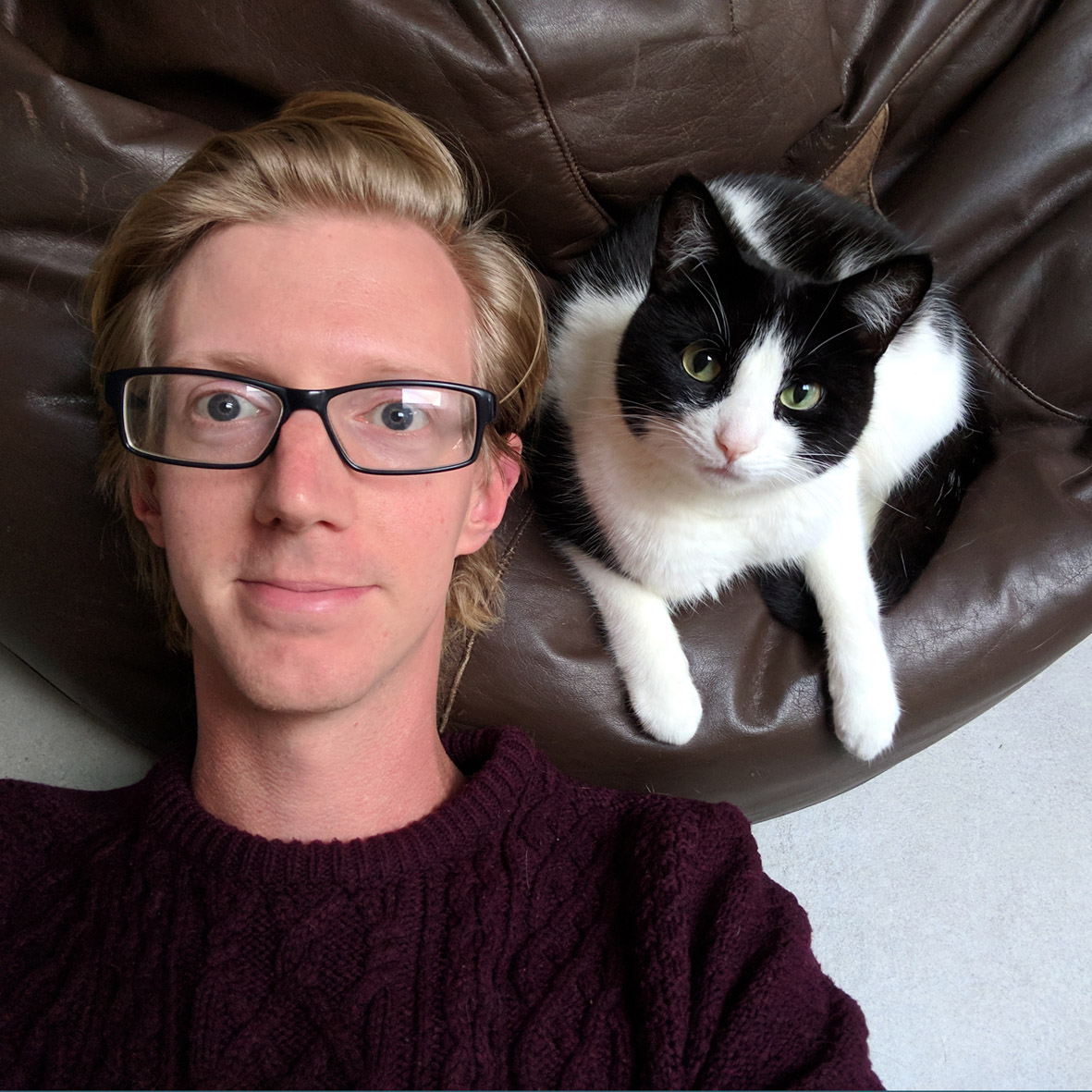 My name is Harrison, owner of Purrr-Zazz and a professional cat sitter for six years. In that time I have met over 200 fellow cat lovers and had the pleasure of looking after over 300 cats.
‍
My cat, Tiggy, was quite a shy and timid cat, and I knew he would not like to stay in a cattery for any length of time. So when going away I always had to rely on local friends and family being available to look after him, which could be a struggle if the trip was last minute.
‍
As such, I know from personal experience that not all owners are comfortable placing their cats in catteries or boarders, especially if they are rescue cats. Catteries and kennels can be a strange and unfamiliar place for them and with cats being territorial animals by nature, it can create more stress and worry, even after the cats return home.

That's why I started Purrr-Zazz and run a service that not only looks after the well-being of the cats, but also puts the owners' minds at ease whilst they are away by sending them photos and videos of their beloved fluffballs however frequently they want.

Why choose a cat sitter?

Cats are territorial animals by nature. Your home, garden, a neighbours garden possibly, make up their territory that they patrol and protect from other cats and wildlife on a regular basis, unless of course if its raining outside. Their highly sensitive ears and nose pick up on every sound and smell in their territory.

Now imagine what it would feel like for your cat if they were abruptly taken away from their territory and placed in unfamiliar surroundings filled with strange sounds and smells - most likely with other cats. Most cats hate a visit to the vets for this very reason.

Rescue cats especially can become very stressed in unfamiliar surroundings and in some cases lose a noticeable amount of weight and can take weeks for them to be their normal selves again.

The big difference between Purrr-Zazz and others is that we are available 365 days a year. A friend or a neighbour may look after your cat when you go on holiday but they could also be on holidau